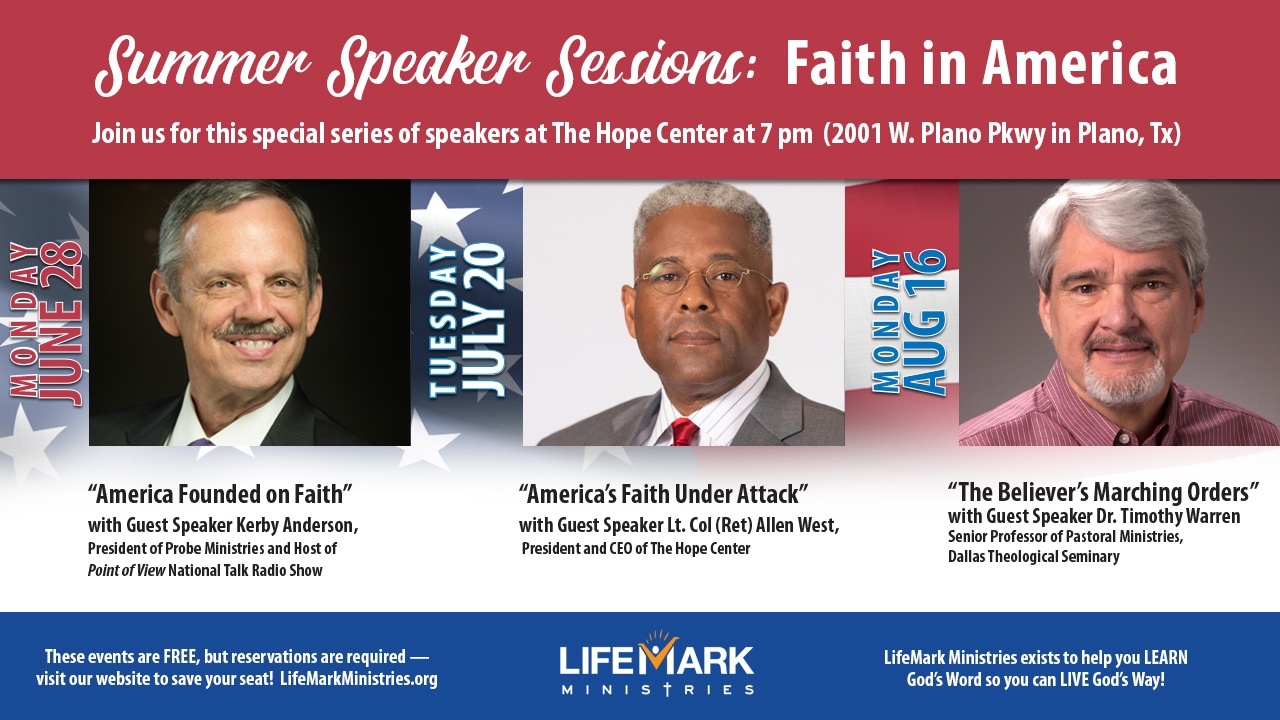 Get to know our speakers...

Kerby Anderson is the President of Probe Ministries and host of Point of View Radio Talk Show.  He holds masters degrees from Yale University (science) and Georgetown University (government).

He also serves as a visiting professor at Dallas Theological Seminary and has spoken on dozens of university campuses nationwide including University of Michigan, Vanderbilt University, Princeton University, Johns Hopkins University, and more.

He is the author of 16 books, a contributor to the daily Probe radio program, and has appeared on numerous radio and TV talk shows.

Kerby and his wife, Susanne, have three grown children and one grandchild.  They reside in Allen, Texas.

Lt. Col. West is the third of four generations of military servicemen in his family. During his 22-year career in the United States Army, Lieutenant Colonel West served in several combat zones and received many honors including a Bronze Star, three Meritorious Service Medals, and three Army Commendation Medals.

He is a NewsmaxTV Contributor, Senior Fellow of the Media Research Center, and author of multiple books.

For the past year, he served as the President and CEO of The Hope Center in Plano, TX, as well as the Chairman of the Republican Party of Texas.  On July 4th, he announced his candidacy for the Governor of Texas.

He is married to Dr. Angela Graham-West, and they have two daughters, Aubrey and Austen.

Timothy has been married to Beverlee since Valentine's Day of 1970.  They have three married children and six grandchildren.

In addition, we are blessed to have Timothy and Beverlee serve on the Board of Directors at LifeMark Ministries.